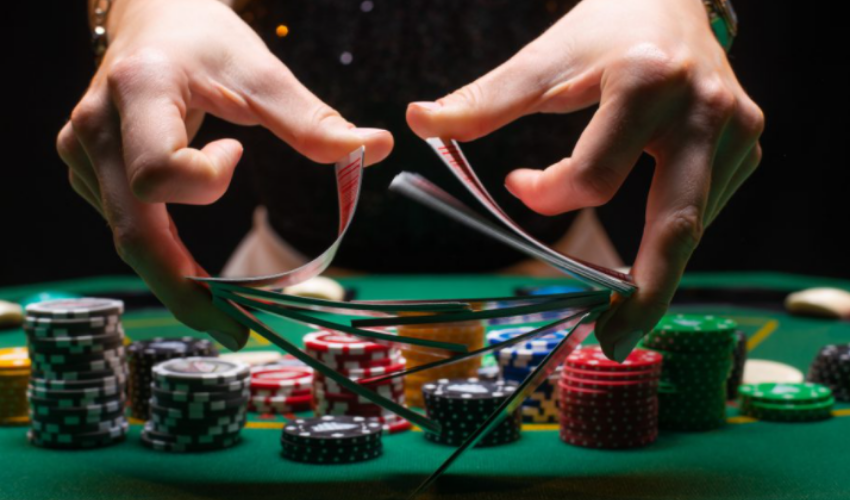 Poker is the most popular gambling game by far. Just think about how many movies it was depicted in. We all know the classic Western movies when the protagonist would play against other characters and ultimately win. Some believe that this was profound advertising for this game, and that’s why this is popular.

However, we wouldn’t be bold enough to make this statement. Instead, we would say that the complexity of this game, and the uncertainty that comes with it, are two main factors for its position these days. Besides that, this is one of a handful of casino games that don’t rely solely on good old lady luck.

The only thing you can count on is your competence and skills. But, you cannot develop them to a needed level if you do not understand the rules and many little tips and tricks that can make the difference. Today, we want to discuss one of them, known as all-in preflop. Let’s check it out.

What Does All-in Means?

What many people do not understand is that all-in is not something that’s common in all the types of poker out there. Instead, it usually happens in versions known as pot-limit Omaha and no-limit hold ’em. Sure, they can happen in some other ones, but they are simply not as common due to their nature.

But what does it mean when someone goes all-in? Well, this means that a particular player is confident enough to put all the chips in front of them. Of course, there’s always a possibility for someone to bluff when making this decision. But the others usually do not know what cards he or she has.

From the perspective of professionals, going all-in is not something favorable. They perceive it as something jamming or pushing. Therefore, being overconfident is not something they like to see, especially when someone doesn’t have the needed credibility or skills to do it.

We’ve stated that players usually don’t look favorable at someone who does all-in. However, the situation becomes much more complex when someone performs an all-in preflop. It needs to be said that this is a situation when someone goes all-in before the flop, as its name indicates.

Why would someone do this? Well, there are two situations when this can happen. The first one is the situation when you want to put the burden on other players. It happens because they will become uncertain whether they should follow you, and invest a large amount of money, or not.

Anyone who’s played poker at least once knows how stressful and complex this situation is. Of course, chances are that the opponent will fold. However, this has a greater impact. Opponents will never be sure whether you have something to overcome their cards with or not.

The second situation when this happens is when the circumstances urge you to make a move after someone makes a hard decision after a flop. Those who have experienced this know how crucial is to appear confident in front of your opponents. If you’re bluffing, you shouldn’t hope for much.

What Cards Should You Have?

If you are not in a situation to bluff, then your cards need to be as durable as they can be. The same can be said about any situation you face while playing poker. So, nobody should be surprised by the fact that this should be done in a situation when you’re about to make an all-in preflop.

We would advise you to do it solely in a situation when you have a pair in your hands. Of course, you should either have a pair of kings or a pair of aces. Just think about it, you’re only one card away from winning a game. You will surely agree with the fact that three-of-a-kind is a good hand, especially aces.

Once again, we would like to point out that your appearance needs to be filled with confidence. Otherwise, you really cannot hope for many benefits down the road. Some professionals advocate that having some other combinations in your hand is a good time to do it.

For instance, having other combinations, who are not as strong, like king and jack. Maybe you can get a good combination when you compare these with other cards placed in front of you. However, understand that this is too risky to pull off and end up successful after the hand ends.

Without any doubt, scanning your rivals is an absolute must. Therefore, you shouldn’t make any moves without having an insight into your player’s modus operandi before you do it. For that reason, you should monitor all the opponents for a couple of hands before you’re ready to act bravely.

In case you play against someone careful enough about the moves it makes, then we don’t believe that conducting an all-in preflop is something that will provide you with many benefits. Instead, use it against those who tend to lose their patience from time to time. When you do, find the right time to use it.

As we’ve stated, the timing is crucial for making this move successful. Doing this when others do not follow your actions will not do you any good. So, start inspecting the situation several times before you do it. We urge you to be patient about this as much as possible.

For instance, we would advise you to do it instantly. Instead, try a couple of raises before you do it. By doing that, you will amass enough money to have an actual benefit even if others don’t decide to follow your all-in decision. We would say that this is a really smart move you can make.